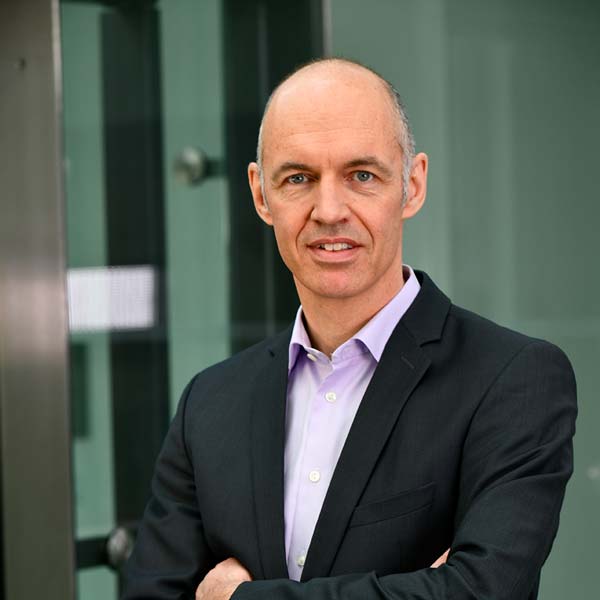 Dr. Mathias Pillin began his studies of Physics at the University of Karlsruhe in 1986, was doctoral fellow at Max Planck Institute for Physics, and obtained his PhD from LMU in Munich (Germany) in 1994.

He then served as research fellow for several years, first in Yukawa Institute for Theoretical Physics of Kyoto University (Japan) and later at King’s College London (UK).

Toward the end of 1999, he joined Robert Bosch GmbH, where he has held several positions in software and electronics development in the field of control systems as well as in project management for small electric drives.

He was personal assistant to the Board of Management of Robert Bosch GmbH before his appointment as Head of Development and Senior Vice President of Instrumentation Systems in the Car Multimedia division.

From 2016 till 2019 he was Member of the Executive Management of the Powertrain Solutions division and Executive Vice President for Drivetrain Electrification.