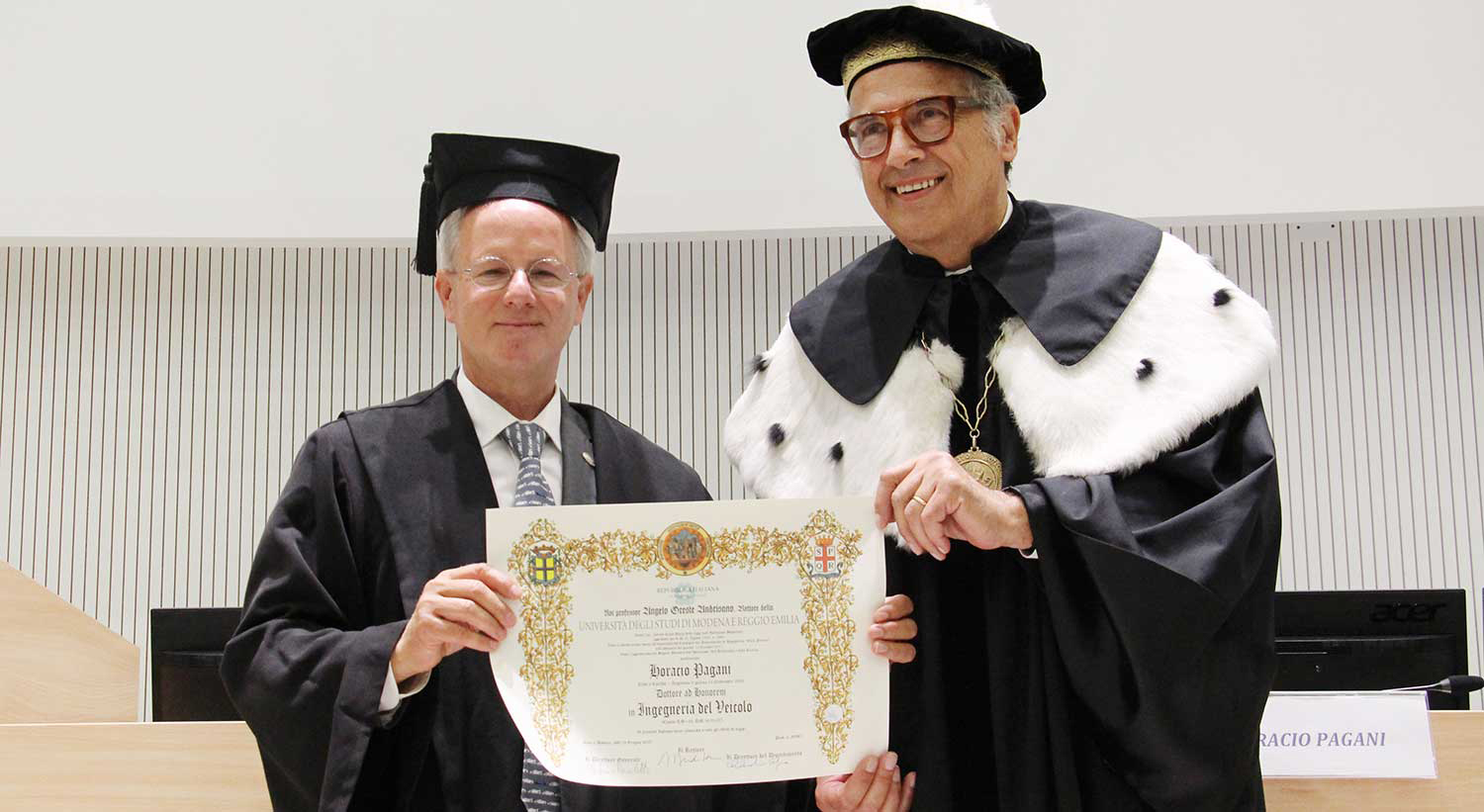 Horacio Pagani, founder and chief designer of Pagani Automobili, is now one of the honorary graduates of Unimore (University of Modena and Reggio Emilia). The University of Emilia has in fact conferred the title of Master's Degree in Vehicle Engineering.

From Argentina to the Motor Valley
Of Argentinian origin, Horacio has always wanted to tie his entrepreneurial successes and his name to the Motor Valley. "This is an extraordinary and fertile land that needs to be irrigated, otherwise the plants do not grow." We need sacrifices, we think of Scaglietti, who at the beginning did not have the money to buy the pedals for his bicycle, while today his cars are worth tens of millions of euros ". These are the words, addressed especially to young people, that Horacio Pagani pronounced during the ceremony.

Modena as a point of reference
Pagani, visibly moved by the Rector of Unimore Angelo Oreste Andrisano, recalled when he was looking at Modena as an example city when he was young. "I looked at the supercars that were built here and seeing these cars was something that inspired me".