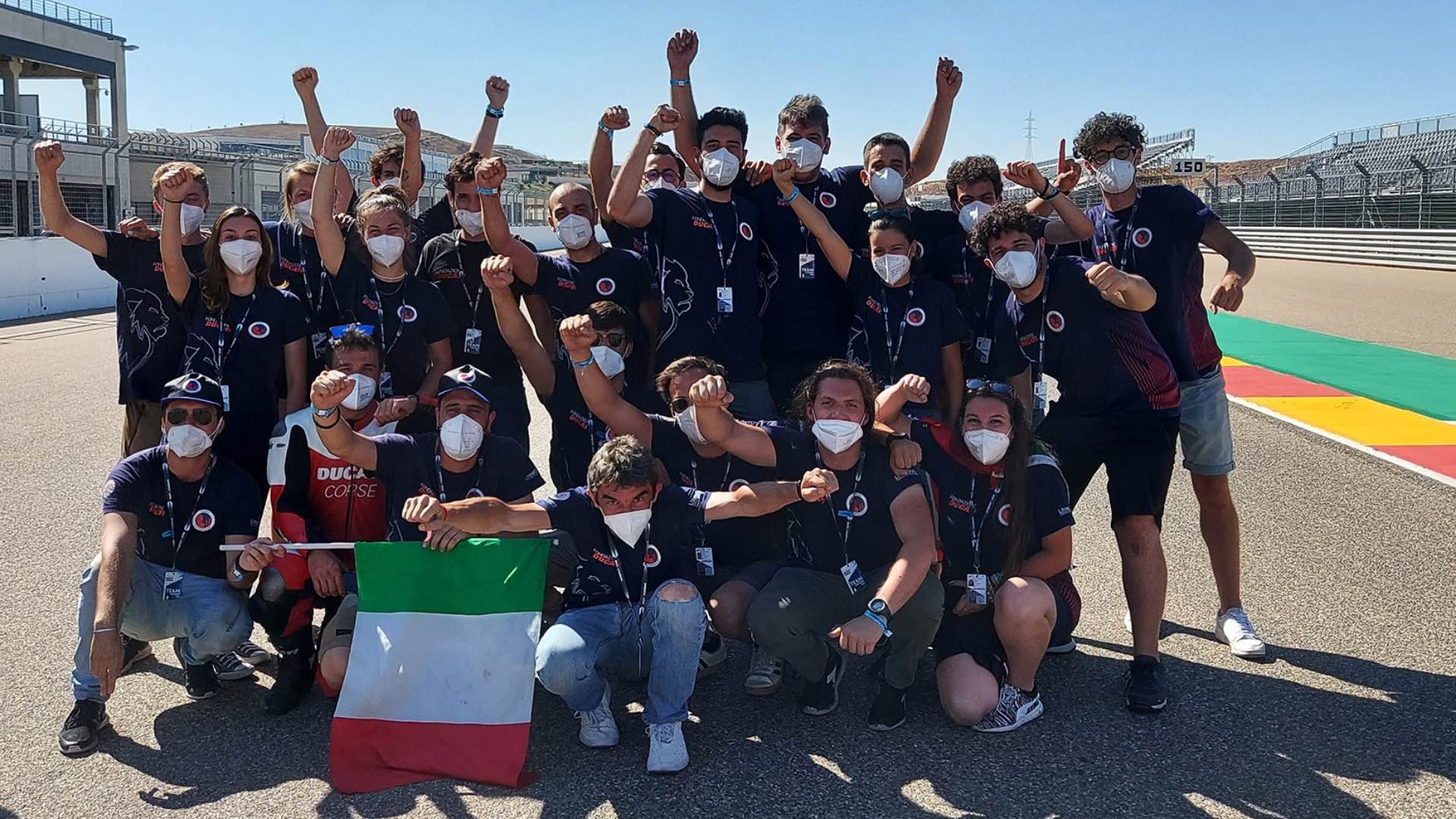 The UniBo Motorsport Team, sponsored and supported by Fondazione Ducati, wins the Motostudent International Competition 2021 in the Electric category. Team UniBo Motorsport ranked first having accumulated a total of 712.6 points in the various phases, with a gap of about 30 points to the second-placed team.

It was a triumph that started from afar, the results of which reward all the efforts of the students who have been involved for more than three years in the different phases of the Aragon event: from computer design to the construction of components, to laboratory tests and finally on the track. The Motostudent International Competition involves the construction of a prototype on two wheels designed and built by university students. To win it is not enough to be the fastest on the track, the teams were in fact evaluated also based on the design, the innovation and the economic-financial aspects of the projects. 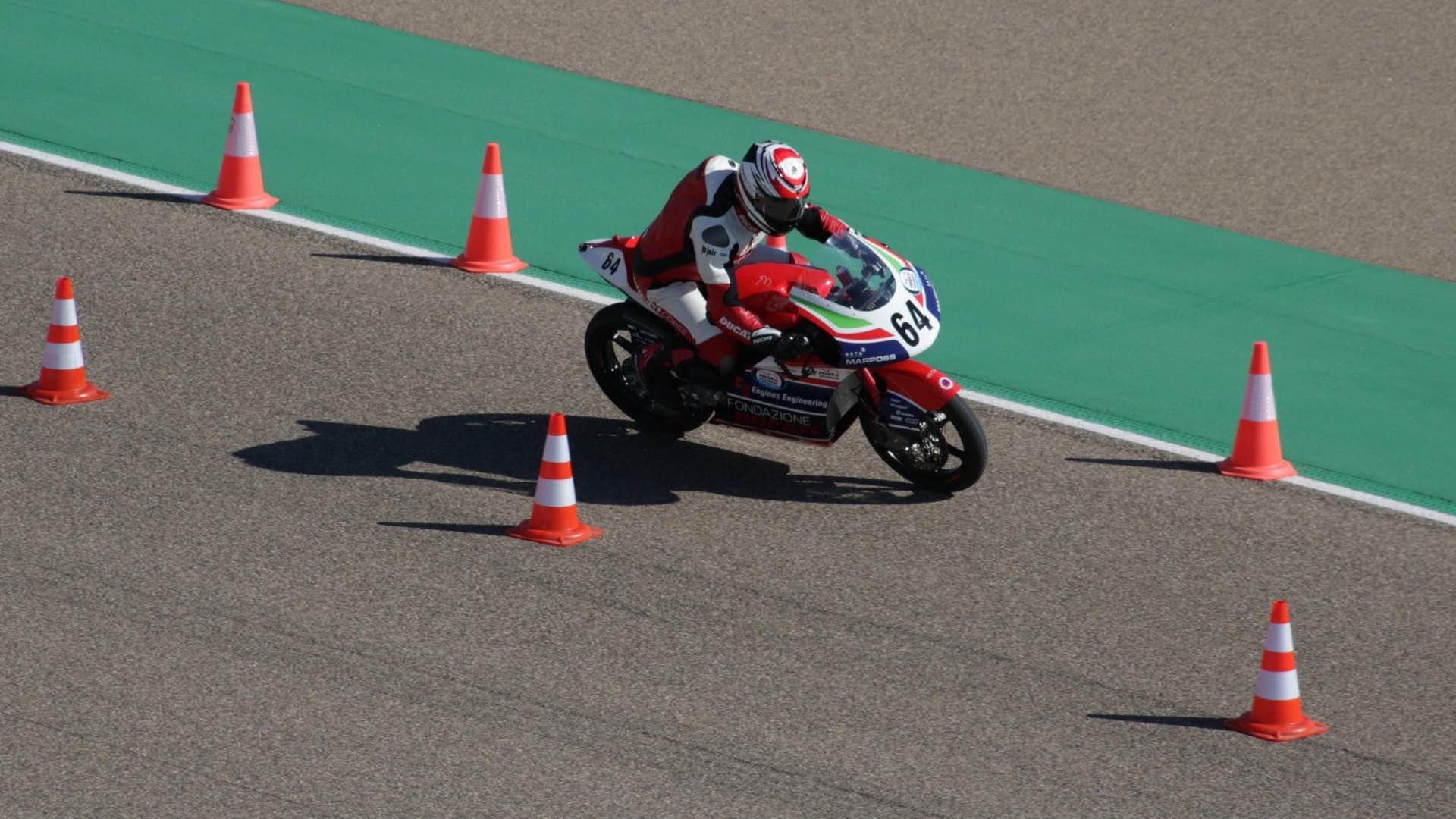 Once the prototype was built, the teams showed up at MotorLand in Aragon from 15 to 18 July for dynamic tests in which the agility, braking capacity and acceleration of the prototypes were evaluated. The competition ended with free practice, qualifying and the race, which consisted of 6 laps for a total of about 30 km, with the aim of testing the reliability and ability of the vehicles to tackle long distances in fully electric mode. The Minerva GN prototype is an evolution of the first electric motorcycle built by the team for the 2018 event. With a total weight of around 125 kg, the bike is based on a 30-kW electric motor supplied by the Federation along with tyres and braking system. All the other components of the bike (battery pack, inverter, chassis, cooling system, engine control system, dashboard, wiring and aerodynamics) were instead developed from scratch by the students with the support of the industrial realities of Motor Valley and assisted by Ducati engineers. 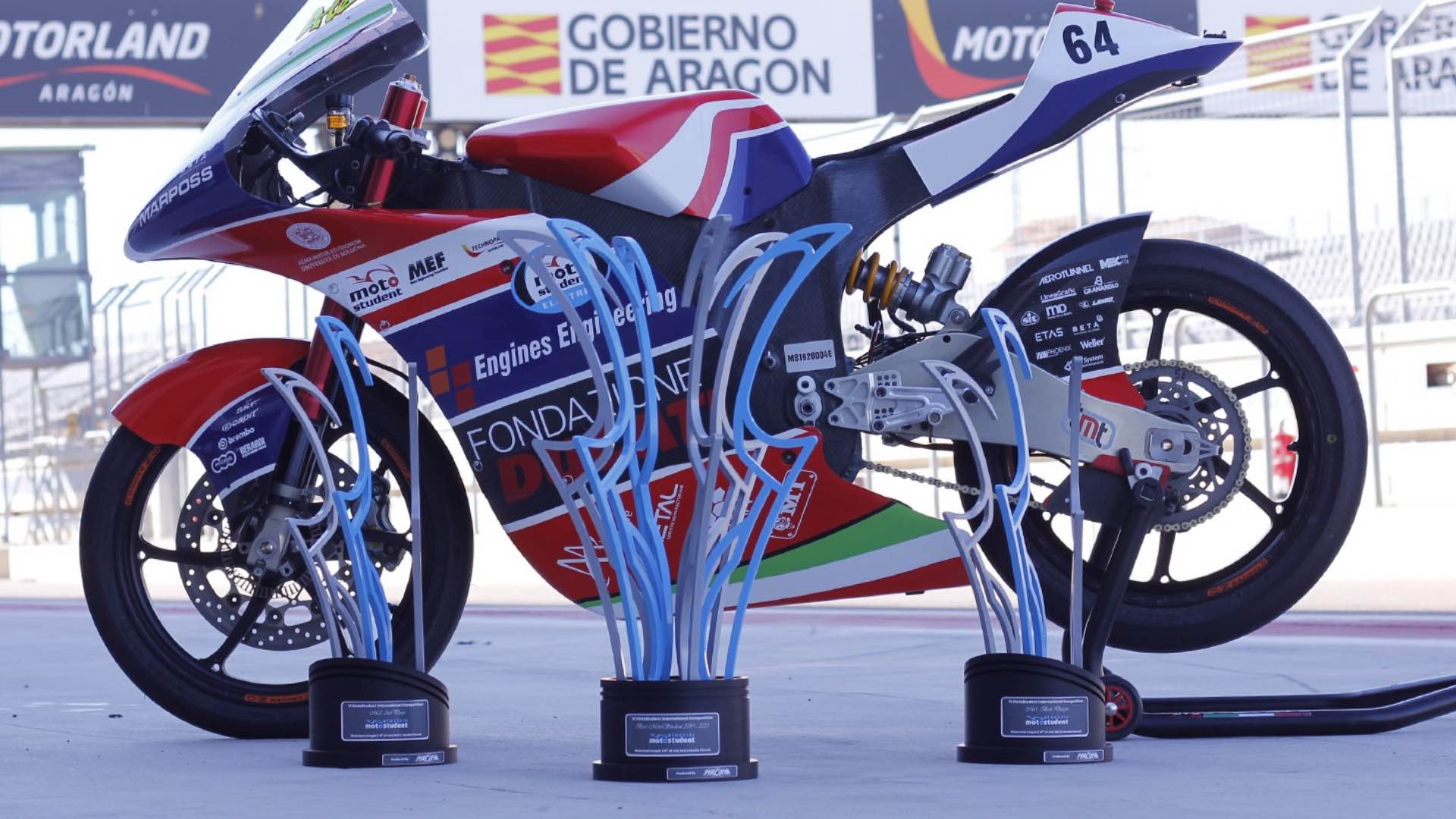