The Yamaha story (and others) in the COMP Poggi Moto Collection. 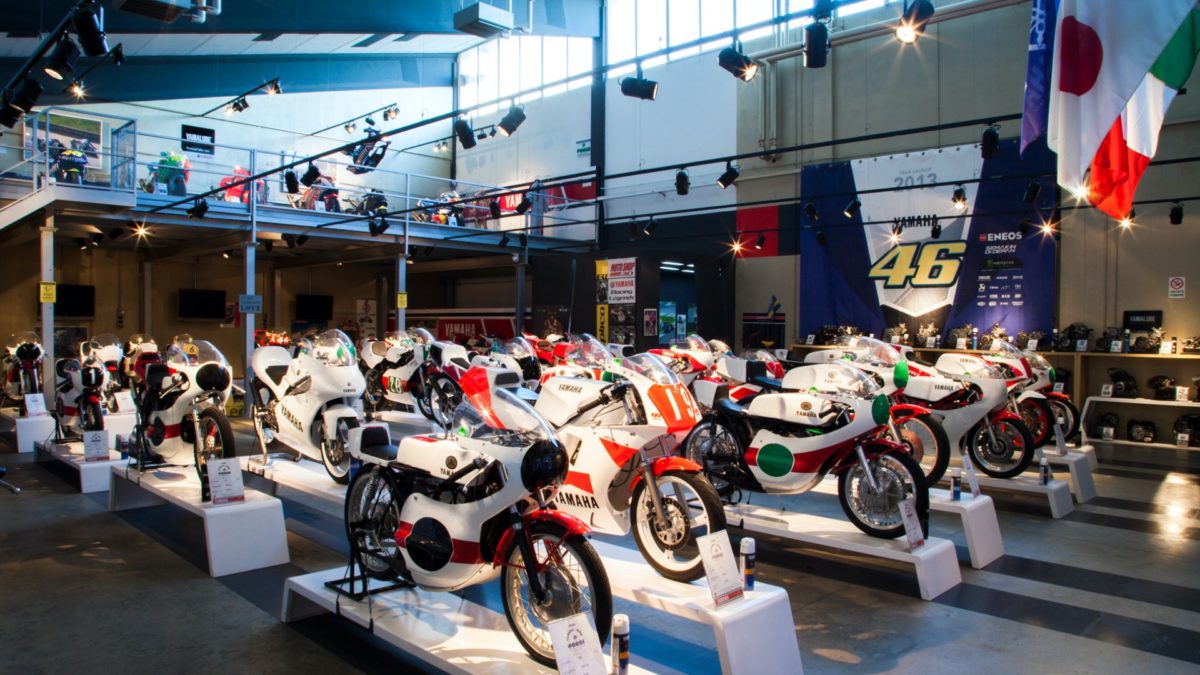 In Villanova di Castenaso, just outside Bologna, surrounded by paper and pasta factories, hi-tech companies and mechanical workshops, there is something very unique. A place where the great history of the Emilia-Romagna Motor Valley converges with the more recent Japanese two-wheel industry. We are talking about the Moto Poggi – COMP Collection, almost 500 pieces, with motorcycles and engines that tell the technological evolution of two worlds so far in terms of customs and geography, yet so close in knowledge and passion.

The collection was born from the initiative of Pierluigi Poggi who, at the turn of the 50s and 60s, began to buy and collect, bike after bike, truly incredible pieces. Over the years, Poggi established a close relationship with the Japanese giant. Thanks to the Japanese company, he significantly expanded his collection, accommodating more than forty bikes including some very rare pieces. This is how the history of the Japanese brand was intertwined with the local story of Emilia-Romagna by motor, told by a myriad of pieces that represent the history of the technique and engine mechanics of the Land of Motors from the second post-war period to today. Let’s start from the friendship with Yamaha: where did this relationship come from?
Poggi at the time was an industrialist in the mechanical sector with a great passion for motorcycles, he participated in historical re-enactments with a Gilera Saturno Piuma 500, until he tried a 2-stroke Yamaha 250 and it was love at first sight. I also believe that over time Marco Riva, general manager of Yamaha Italy, had a decisive role, many of the pieces contained at the COMP we had thanks to him.

The current layout of the collection, however, is very recent.
The COMP was inaugurated in 2001, with a big party which also included Giacomo Agostini, Andrea Dovizioso, Carlos Lavado, Luca Cadalora, Eugenio Lazzarini and Loris Reggiani. The collection work of the pieces, however, began much earlier than the opening of our space and dates back to around the 1970s. Given the quantity of pieces that he came to collect, Poggi bought the current sheds and set up this wonderful exhibition space in collaboration with the architects and designers of the Japanese motorcycle manufacturer. The COMP also hosts 9 Moto GPs by Carlos Checa and two by Valentino, Jorge Lorenzo, Max Biaggi, Garry Mccoy, Norifumi Abe and Jackie Oliver, owned by Yamaha.

Altogether, the part of the Yamaha collection includes 17 Superbikes and competition bikes, and covers a time period from 1959 to 2010. There is the 250 world champion Carlos Lavado 1986, the 750 that made Agostini’s 200 miles of Imola. All these bikes are in perfect condition. In total, the collection, between Yamaha and other brands of motorcycles, instead has 415 pieces, ranging from bicycles to the M1 Yamaha, from the roller engine to the engine used by Valentino. There are 375 bikes, the rest are engines and spare parts. Crazy numbers. So you host the whole Yamaha story?
We have the whole development of what was the 250, from 1959 to 1983. So much so that 2 years ago the Vice-President Yamaha himself came to see the museum from Japan, together with the President of Yamaha Europe and the President of the Yamaha Europa Cross. We were also visited by technicians from Japan who in 4 days analyzed and disassembled some hulls of specimens dating back to before the ’70s. In room 2 for example we have Garelli’s record-breaking motorcycles, which had put the Mosquito 38 on the market in 1945-1946. At that time, here in Emilia-Romagna, each village consisted of a maximum of 10 houses, but in every village there was a mechanic. At that time, bicycles weighed 16-17 kilos, and Garelli entered the market by placing a micromotor on the square, which by applying a simple screw could be applied to a bicycle to make it motorized. Then some mechanics of the area independently manufactured their own engine, effectively creating their own brand. We have about forty here.

Is there also a bit of the history of Emilian craftsmanship?
Yes, here there are branded engines that are no longer seen around. At the time, the craftsman, after building his own engine, was usually called by the large company to fill the positions of chief mechanic. So these little brands disappeared. Here we host about forty of these rarities. In the upper part of room 2 there are also Minarelli Record motorcycles.

Record bikes?
Yes, there are 50, 75 and 100 bikes, all bikes with which Minarelli has set world records with on the Km when stationary and launched. And 70% of Minarelli’s engine production from the post-war period to today. In addition to Nieto’s bike that won 5 world championships and two 48 bikes that Bianchi used to do the uphill races, the Giro d’Italia and the Milan-Taranto Mondials.
In room 3 we then have a series of motorcycles built in the Bologna area and motorcycles of various brands, from the 1930s to the turn of the millennium, and a collection of motocross bikes by Edwards, Bartolini and Puzar world champions. Room 4, on the other hand, is dedicated to hosting special events and houses some of the most important pieces in our collection. To name just a few, we have 9 superbikes, including those of Cal Crutchlow, Ben Spies, Marco Melandri and Noriyuki Haga, as well as the bike of Carlos Lavado, the one with which he won the world championship in 1986, the Agostini MV 500 3 cylinder and Phillip Island’s Valentino 800. If we had to identify the most valuable piece of the whole collection, what would it be?
Poggi would certainly tell you the 3-cylinder MV 500 and the 4-cylinder Gilera, then of course the bike of Lavado and Agostini. They are motorbikes whose value cannot be estimated.

What kind of audience does your collection have and what do you try to convey to those who come to visit you?
The public is generally composed of motor enthusiasts, however we often host school groups from all parts of Italy to whom we show a piece of history. We always try to make the kids understand how it all came about, showing bike after bike the evolution of the technique and engine mechanics of our areas.

What affects them most, usually?
The Yamaha room, which from the first built retraces the history up to Valentino Rossi’s motorcycle. Only in this museum can they be admired all together. You can admire the evolution and the technique and from what what was born. How it got from the first engines to the super technological Yamaha M1 motorcycle. In Room 2 you can tell the story of the motorcycle from Mosquito to Moto GP. There are people who at the end of the visit have bright, bright eyes, even if they are not connoisseurs or experts.

And was there any visitor who particularly struck you?
Last year four gentlemen came from Düsseldorf: they took the car, came here to see the museum and then went home. Two of them were Yamaha collectors and when they saw our collection they were thrilled! There are quite a few people like that.

How can the Collection support Motor Valley? And how can Motor Valley support the Collection?
Motor Valley is based on a unique knowledge in the world which is kept here and handed down for the benefit of future generations, so that it does not go missing. In return, I hope that Motor Valley can become that showcase capable of guaranteeing this collection, so rich and so unique, the influx of public it deserves to receive. I looked favourably on the initiative, and I really hope that after the 2011 one, with the expansion and the new layout, now thanks to Motor Valley the Collection can make a new qualitative leap. 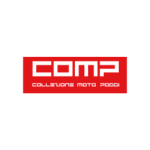