Ettore Bugatti: creativity as a manifestation and crowning of personality and not a mere means of gain 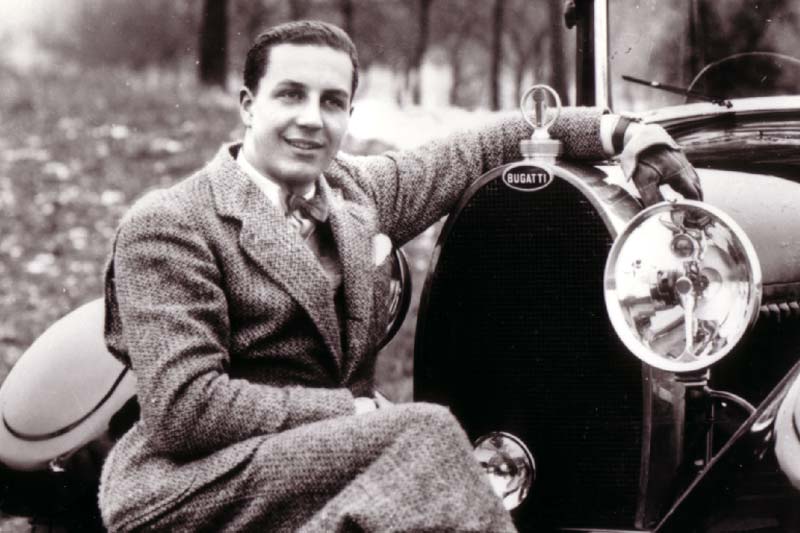 Raised in a family of artists he was the eldest son of Teresa Lorioli and Carlo Bugatti, an important furniture and jewelry designer in the Art Nouveau style, as well as inventor of the racing bicycle. His younger brother, Rembrandt Bugatti, who committed suicide at the age of only 31, was an important sculptor (1884-1916), his aunt, Luigia Bugatti, known as Bice, was the companion of the painter Giovanni Segantini, and his paternal grandfather, Giovanni Luigi Bugatti, was a sculptor and architect.

It is in this cultural context that his deep conviction matured, which has become the cornerstone of its corporate philosophy, that creativity must be the manifestation and crowning of personality and not a mere means of gain.

Although he was born in Italy, the Bugatti company he founded was located in Molsheim in Alsace, a region that now belongs to France. Ettore Bugatti was at the same time a traditionalist and technical innovator of the company. Traditionalist because many of his models remained unchanged over the years, for example the Type 13, which remained in production for a long time or the 3.3-liter engine that would have equipped a large number of models during the thirties. Innovator due to his technical solutions, such as the multi-purpose distribution, which gave the Bugatti a greater reputation, as well as drawing attention to the brand thanks to the new technical solution as an alternative to the classic distributions with two valves per cylinder. The company is also known for its numerous successes in the motoring Grand Prix, especially thanks to the Type 35 model; it was a Bugatti who won the first Monaco Grand Prix.

In the second half of the twenties, Ettore Bugatti worked on a mammoth luxury car, whose goal was to outclass the already very prestigious Rolls-Royce and Maybach. The result was the Bugatti Royale, (also called Bugatti Gold for the many gold parts of the prototype) one of the largest and most luxurious cars of all time, remained famous despite having sold poorly (in fact only 3 of the 6 units produced were sold).

Ettore Bugatti also designed a railway wagon, some of whose technical parts were taken from the Bugatti Royale, with Autorail which was very successful, and an airplane, although the latter never got up from the ground. The rapid decline of Bugatti began with the death of his son, Jean, who was killed on 11 August 1939, at the age of 30, while testing the Bugatti Type 57 near the factory.

During the Second World War the family lost control of the company. In fact, after the German occupation of France, in 1941, the Molsheim factory was seized by the German army. Bugatti was forced to surrender the company to avoid the judicial sale by auction. He sold it for 150 million francs, about half of what was worth. Precisely because of this forced sale, at the end of the conflict, he was tried for collaborating with the enemy and his personal property was confiscated, following his conviction. Bugatti was acquitted at the appeal trial in 1947, shortly after his death, which took place at the American hospital in Neuilly-sur-Seine. He is buried in the Dorlisheim cemetery.