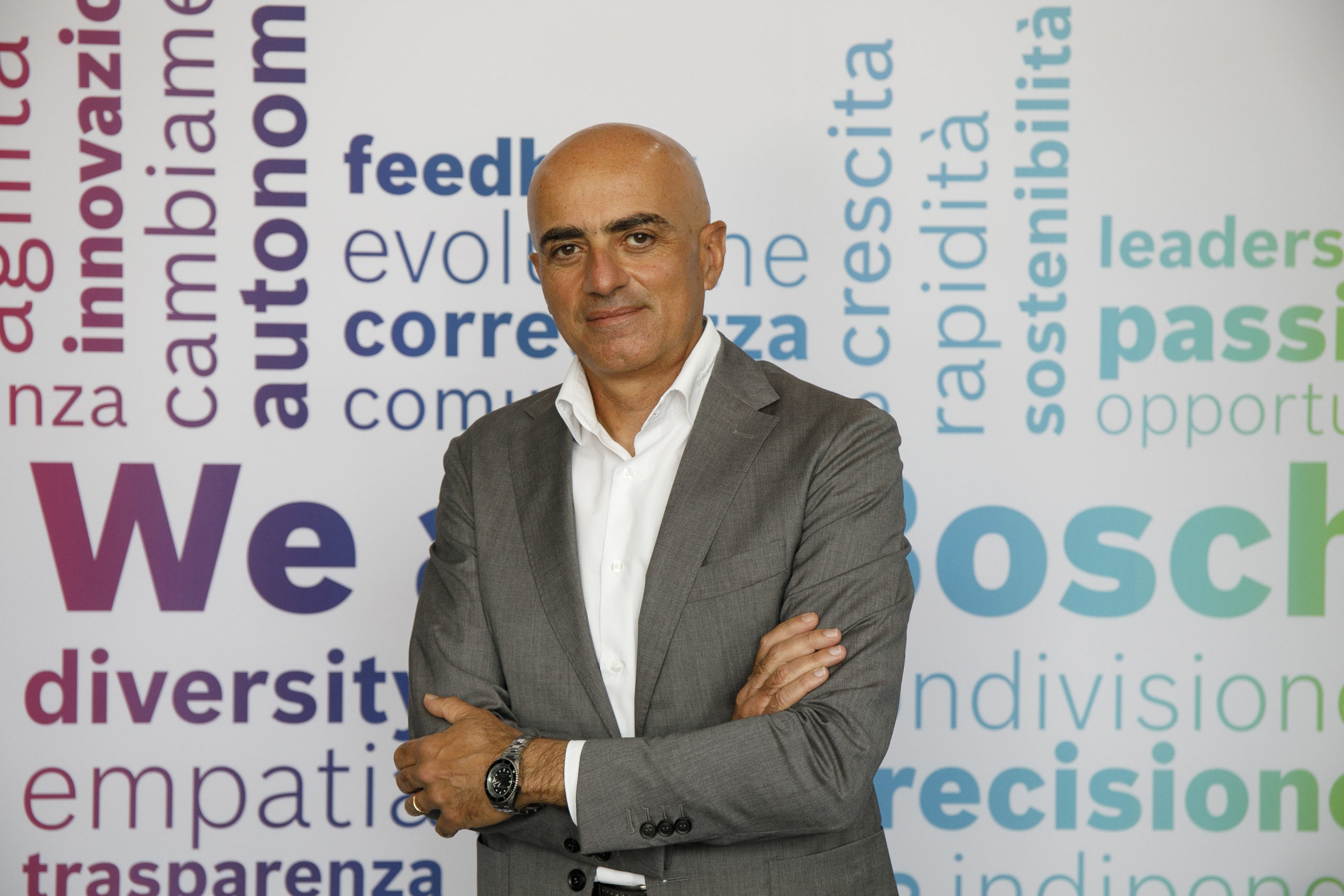 Antonio Fabio Giuliani is the General Manager of Bosch Group with a responsibility for Southern Europe (Italy and Greece), and maintains at the same time his previous role of CEO of Tecnologie Diesel S.p.A. – the Bosch plant located in Bari.

Born in Bari on 28th May 1971, he is married and has two daughters.
He earned a Bachelor’s Degree in Engineering at Politecnico in Bari and a MBA Degree at Bologna University; after several work experiences in multinational companies, he started his professional path at Bosch Group in 2005 where he held different roles both in Italy and in Germany, particularly in Controlling, Finance and Administration, and Supply Chain Management.
While being in the Bosch Bari Plant in 2013 and 2014, Giuliani performed his duties as Manager for the Business Excellence area when the company earned the EFQM Award and three “Prizes”.

10:00 | 10:45 - Hydrogen and Bio-fuel Analysing the sustainability issue, we can say that a new innovation trend is emerging, represented by hydrogen, bio-fuels and e-Fuel. What are the challenges for the affirmation of this alternate forms of power? What are the timings and the necessary evolutions? What’s their real impact in terms of carbon footprint?