San Marino GP. It's another Ducati one-two in qualifying with Bagnaia on pole and Miller second at Misano World Circuit Marco Simoncelli. 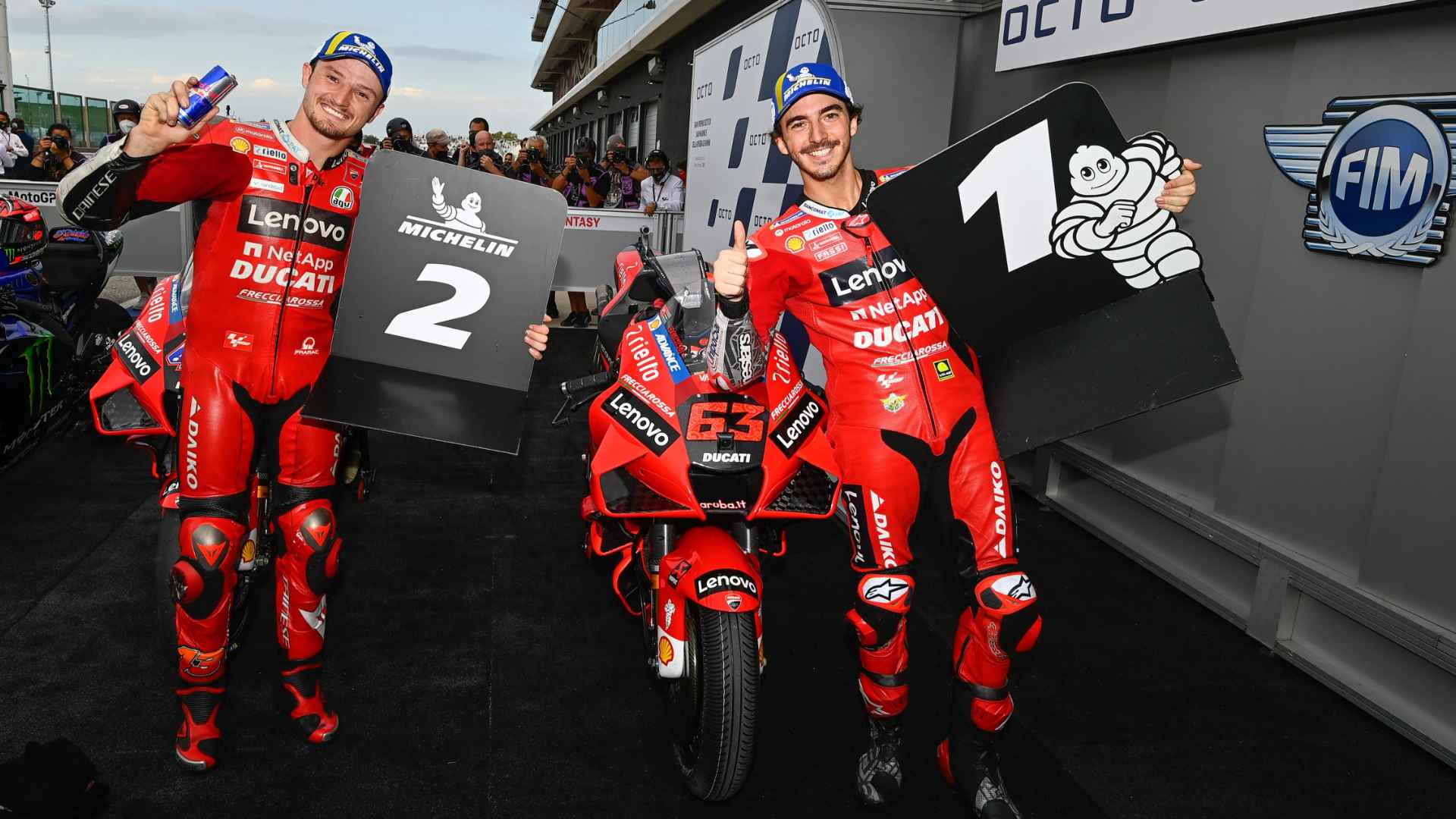 Francesco Bagnaia and Jack Miller will once again start in front of everyone in tomorrow's MotoGP race at the Misano World Circuit "Marco Simoncelli". Just seven days after their superb one-two finish in qualifying at the MotorLand Aragón, the Ducati Lenovo Team riders repeated their performance today, once again taking the top two positions of the grid for the Grand Prix of San Marino and the Riviera di Rimini.

It has been a perfect weekend so far for Bagnaia that, after topping the combined standings at the end of the first three free practice sessions, continued to set the pace also in FP4. As he went straight into Q2, the Italian rider put in a perfect lap during the second qualifying session, setting a new all-time lap record in 1:31.065 to claim his second consecutive pole position after Aragón. Pecco will also start from the front row for the sixth consecutive time this year. Miller also continued his positive race weekend at Misano: the Australian rider, third after FP3, set the second-fastest time in the final minutes of Q2, finishing in 1:31.314, 249 thousandths behind his teammate.