MotoGP: two Grand Prix in Misano, in October the second round in the Motor Valley. 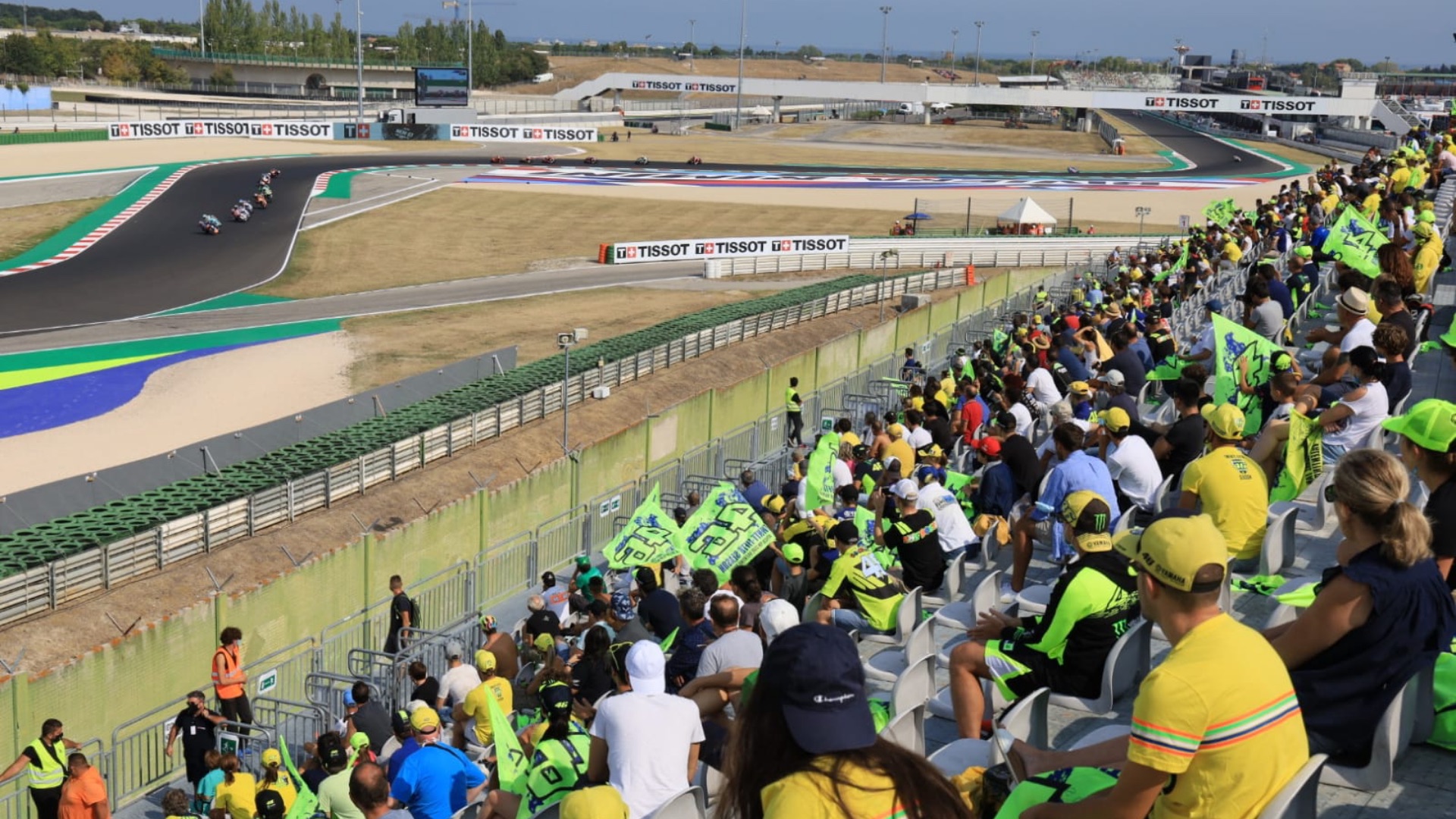 Riders' Land will double again in 2021. The reason is obviously connected to the problems generated by the pandemic, which force many countries to take measures incompatible with the event. Basically it repeats what happened in 2020, when the two dates were consecutive, seven days apart.

The first appointment is the OCTO Grand Prix of San Marino and the Riviera di Rimini, scheduled from September 17 to 19, which will see an increase in the capacity allowed to 25 thousand daily seats compared to the 23 thousand announced on July 23, thanks to the meticulous redesign of availability in the stands in accordance with government directives.

Therefore, a new appointment will be added, from October 22 to 24, and in the next few days the name of the new date will be defined, which will in any case see the presence of the Emilia-Romagna Region, whose role is decisive in adhering to Dorna Sport's proposal.

"A second Grand Prix is an opportunity to reaffirm the protagonism of Riders' Land and Motor Valley in the world motorsport scene, with all that this implies in terms of economic fallout and media advantage. Let's not underestimate the responsibility that this new organization implies. The countries that have renounced MotoGP are clearly suffering from the effects of a pandemic that can only be beaten with vaccines and behaviors, as well as an event organization that fully respects safety standards. Our dossier is appreciated and taken as an example, and this has allowed us to increase the number of daily entries on the first date. We have already proven that we can handle this task and we will strive to do even better.

October 24 at this point will become another great celebration of motorsport and a second greeting from Riders' Land to Valentino Rossi, whom we embrace together with Francesca Sofia Novello for her announced pregnancy.

We hope it will be possible to increase the number of entrances to the racetrack, it will mean that our country will have finally walked towards normality and then we can return to a dimension of which we are so nostalgic. Finally, we would like to thank Carmelo Ezpeleta, CEO of Dorna Sport, for the trust he has placed in us, which is further evidence of a strong relationship and mutual esteem".