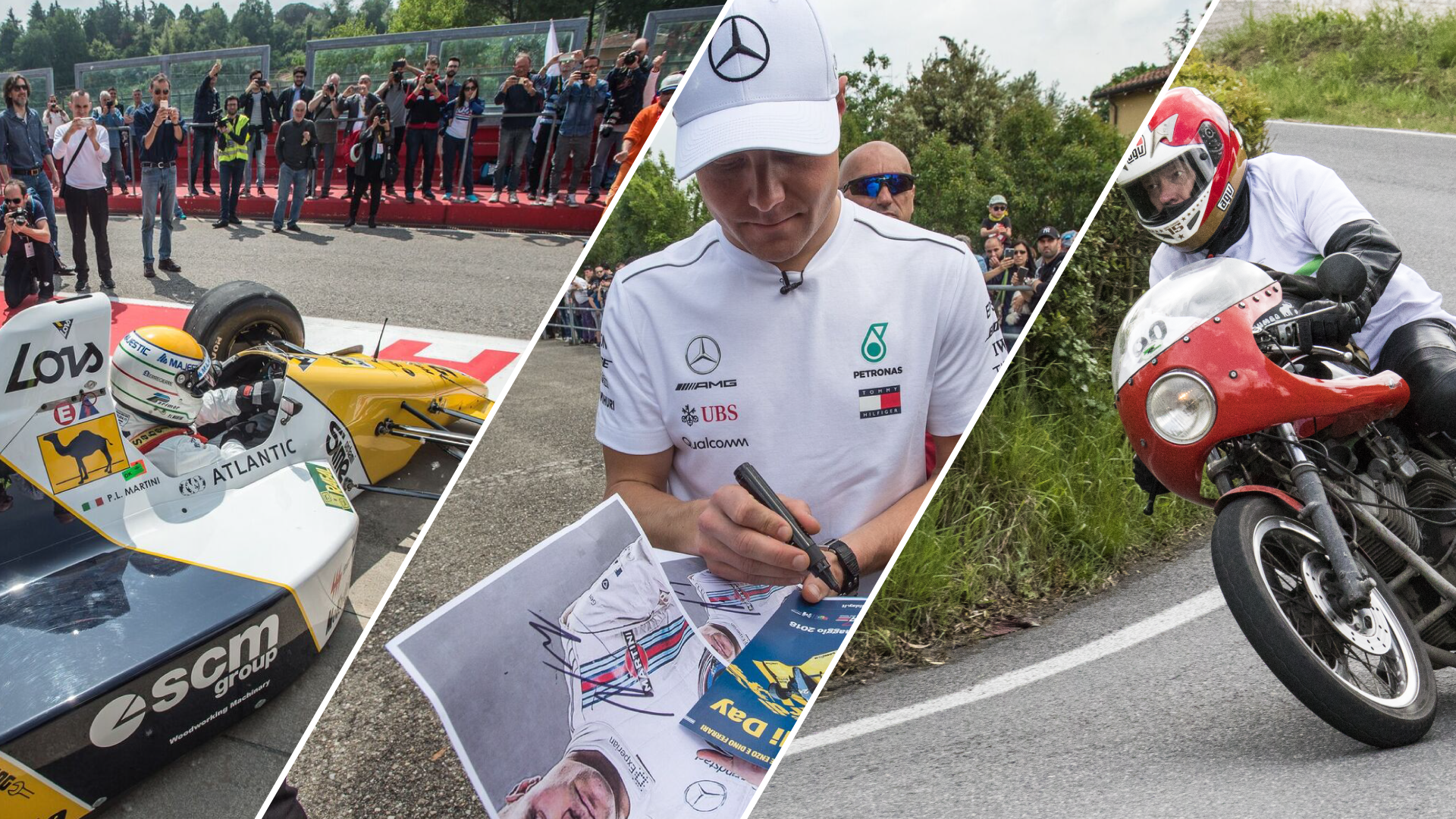 Two major heritage events, "Motogiro d'Italia" and "Historic Minardi Day", plus the" "Bandini Trophy". In the Land of motors, three major events have been organized along the streets of the Via Emilia and on the Imola circuit for passionate two-and four-wheel enthusiasts.

The Motogiro d'Italia - as the famous fifties journalist Silvio Ottolenghi said - is "one of the most fascinating races since man got bored of cycling". It started on May 6th in Borgo Panigale, the historic site of Ducati: the Italian company that took on the honour of offering technical support for all motorcyclists. It began in the same place as the re-enactment of the legendary competitive race from 1953 to 1957. At the event, organized by the Moto Club Terni " L.Liberati - P.Pileri " and sponsored by the Italian and International Motorcycling Federations, and historic Italian motorcycles such as Ducati, Gilera, MV Agusta, Morini, Benelli and Rumi, shone under the spotlight, as well as motorbikes from the United Kingdom, Spain and the United States.

"Without Past, there is no Present and Future". These are the opening lines from Gian Carlo Minardi's speech at the Historic Minardi Day over the weekend, which was held at the Autodromo Enzo and Dino Ferrari in Imola, now in its third edition. After the Motor Legend Festival, which was held from April 20-22 last year, the Minardi Day marks yet another heritage event in the Motor Valley, honouring Minardi, who throughout his life, in addition to becoming an F1 mechanic was above all a talent scout, a role he still plays within the company.

During the Historic Minardi Day, not just single-seaters from Faenza were on the track, there were others including the 12-cylinder Lamborghini designed by Mauro Forghieri, the technical and sporting soul of Ferrari from the early sixties to the mid-eighties, as well as many of the brands that have made the history of F1, including the Ferraris now owned by wealthy Dutch, German, British and Italian collectors, who never miss this opportunity to try their hand on the track.Due grandi eventi heritage, "Motogiro d’Italia" e "Historic Minardi Day", più il "Trofeo Bandini". Nella Terra dei motori sono andati in scena tre grandi manifestazioni che hanno richiamato sulle strade della Via Emilia e sul circuito di Imola un grande pubblico appassionato delle due e quattro ruote.