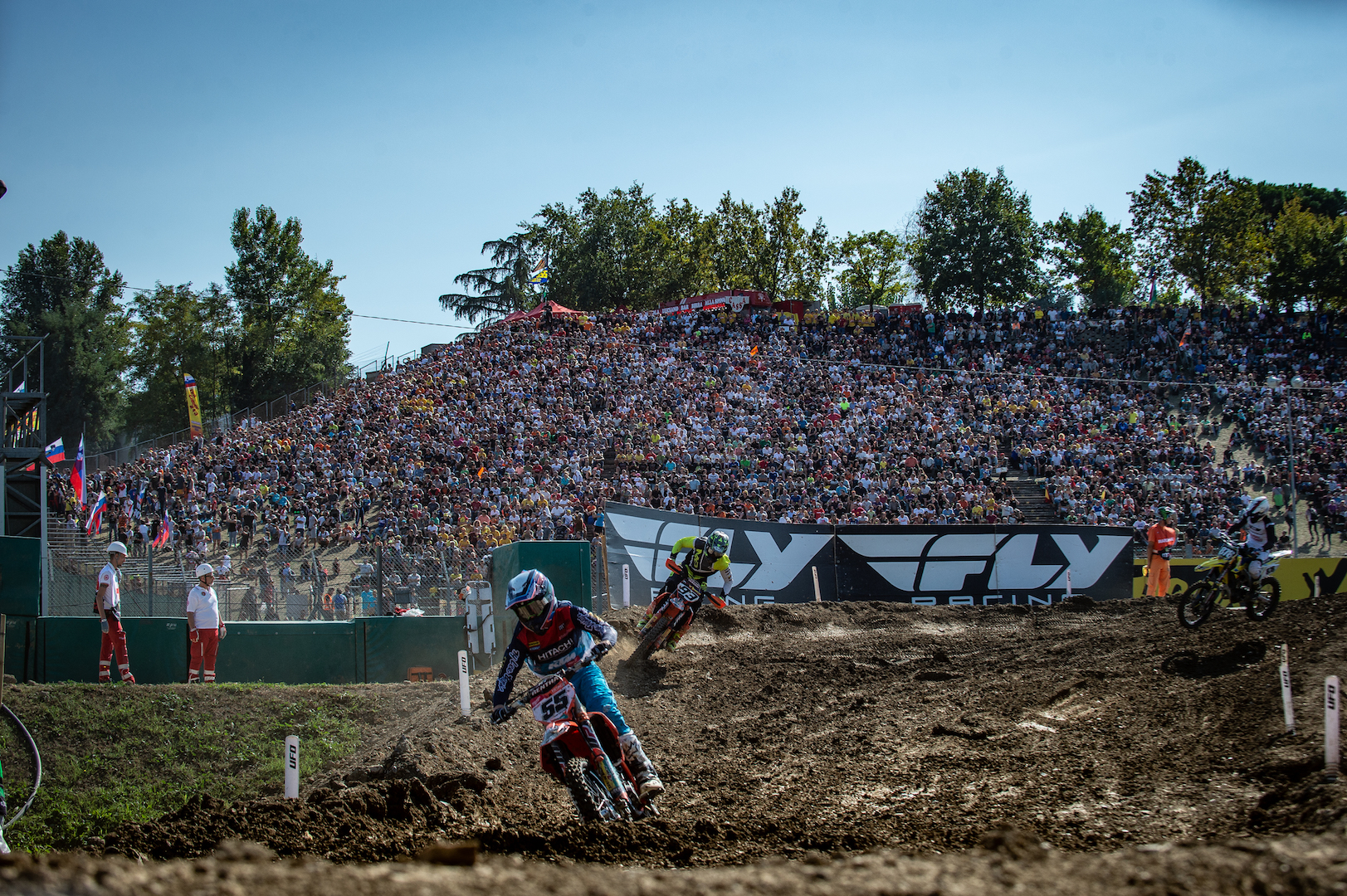 There were officially 35,240 people at the successful Italian MXGP, the last round of the Motocross World Championship held this weekend at the Enzo e Dino Ferrari International Circuit, with the track built between the Paddock and the Rivazza Hill and a technical and spectacular track that allowed spectators to enjoy an almost total view of the track.

The public present on Sunday was lucky enough to witness the wonderful conquest of the sixth world title by Kiara Fontanesi.
After winning second place on Saturday, the champion from Parma born and raised in the Motor Valley, literally unleashed herself in race 2 conquering the Italian Grand Prix and the WMX world title, then celebrating the victory together with her fans coming to Imola.

The Herlings dominance and Cairoli’s forfeit

In the MXGP, an accident immediately in the qualifying round forced Antonio Cairoli to forfeit, making it even easier for the world champion Jeffrey Herlings who for the umpteenth time did not leave his opponents get past him and won both races at the GP.

The satisfaction of the organizers

"It was an exceptional weekend, the races were incredible and the atmosphere was unique, we are very satisfied with the organization of this Grand Prix and extremely proud to have MXGP in the 'temple of engines' in Imola." - declared Giuseppe Luongo (President of Youthstream, promoter of the series).

"A spectacular event worthy of the great test fields in the MXGP world. The realization of a sporting event of this magnitude was determined by the audacity and tenacity of a compact and united team in the pursuit of success, together with all the staff of the promoter of the Youthstream series. "- continued Uberto Selvatico Estrense (Formula Imola President).

The weekend of the event opened with the inauguration of the exhibition "1948-1998 / 50 years of motocross", organized by the Checco Costa Museum, with about eighty bikes that have made the history of motocross and a gallery of 300 photos that tell the story of this discipline starting from 1948, the year in which the first international competition was held in Italy, in the Parco delle Acque Minerali.