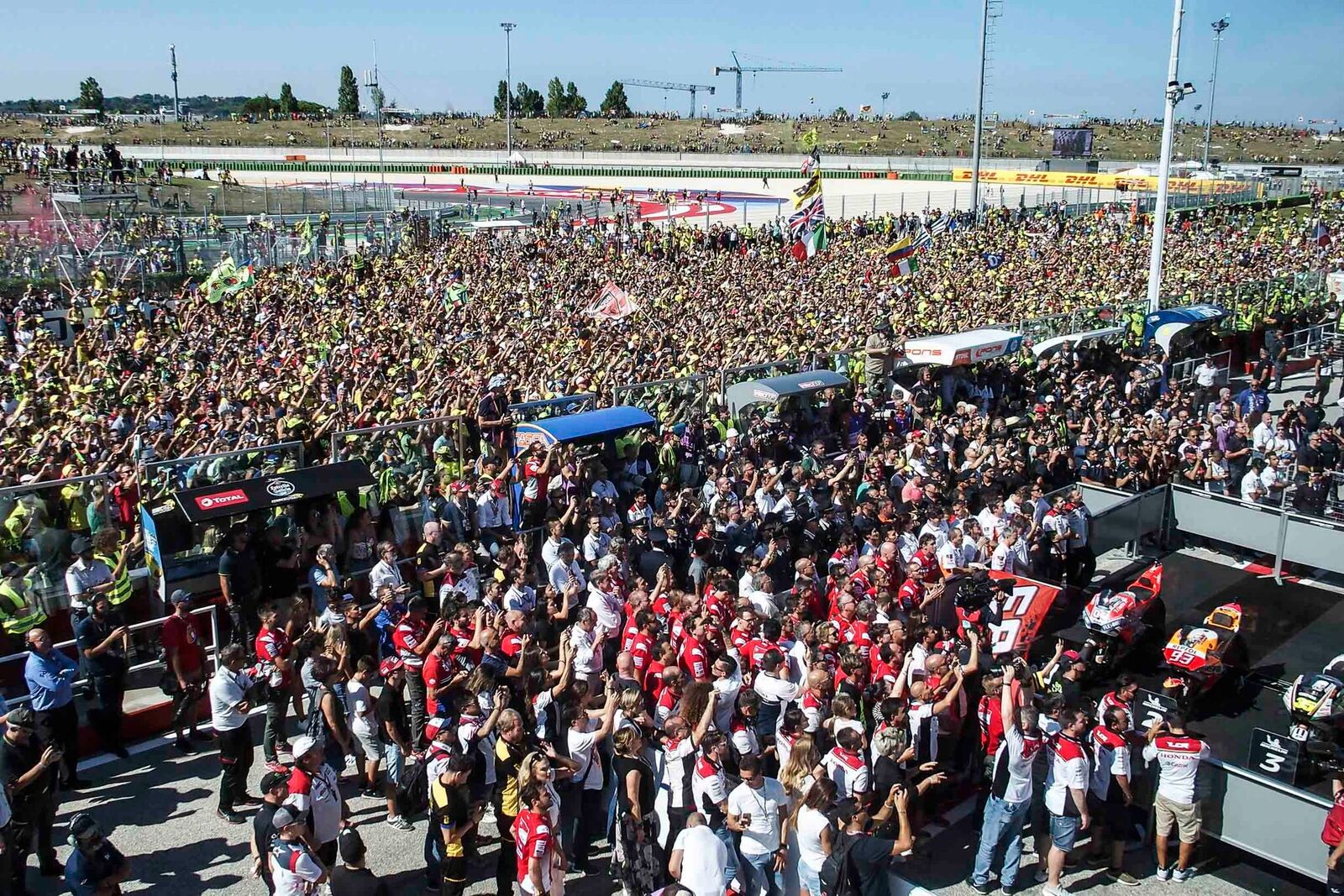 The last weekend at the Misano World Circuit was one to remember. Three Italians on the top step of the podium with Andrea Dovizioso in MotoGP, Francesco 'Pecco' Bagnaia in Moto2 and Lorenzo Dalla Porta in Moto 3 who raised the Italian flag triumphing in all three classes of the OCTO Grand Prix in San Marino and the Rimini Riviera. To frame the splendid sunny Sunday there was a spectacular audience that from the early morning stormed the circuit and then invaded it at the end of the race at the opening of the gates.

Not only were there memorable results on the track for this edition of the San Marino GP at the Misano World Circuit but also extraordinary numbers in the stands. In fact, there was the audience record of all editions with more than 159 thousand spectators on the weekend, confirming for the third consecutive year on very high levels of influx. There was also an extraordinary audience also on competition day with over 96 thousand on Sunday, with the third overall result in the MotoGP season after Le Mans and Assen.

Italian triumph on the track

In MotoGP the champion Andrea Dovizioso, the only representative of the Motor Valley won the race with an extraordinary management ahead of Marc Marquez and Cal Crutchlow, who took advantage of Jorge Lorenzo’s crash in the final.

Francesco 'Pecco' Bagnaia, wins as dominator in Moto 2, who started in pole position and was in front of all the others right from the start. Behind him was Pasini, a long second, ending fourth overtaken in the final by Oliveira and Schrotter.

In Moto 3, instead, Lorenzo Dalla Porta won his first race in Moto3 ahead of Jorge Martin and Fabio Di Giannantonio, at the end of a breathtaking race, marked by an accident at the start and by the fall one lap from the end of Marco Bezzecchi while he was ahead. In the final Dalla Porta came out well from the last corner and in speed managed to precede Martin for a handful of thousandths.

The satisfaction of the promoters

"We are all very satisfied, the Grand Prix in San Marino and the Rimini Riviera continues to grow on all fronts and this year's record was a great result. To the appealing sportsman who attracts audiences all over the world, we have added ingredients that are in our DNA and that are now perfectly integrated, guaranteeing widespread benefits all over the territory. "

The initiatives and events that accompanied the Grand Prix have allowed us to further expand the size of the MotoGP in San Marino and the Rimini Riviera with The Riders' Land Experience, Bottura's Slowfood, the sustainability of the Pit Lane Walk and the garden in honor of Nicky Hayden.

The promoters finally thanked all those who professionally and voluntarily worked for the success of the event with special praise to the police for the commitment and professionalism they gave in the local area.