Jack Miller takes victory at the Grand Prix of France in Le Mans, the second consecutive success for the Aussie rider. 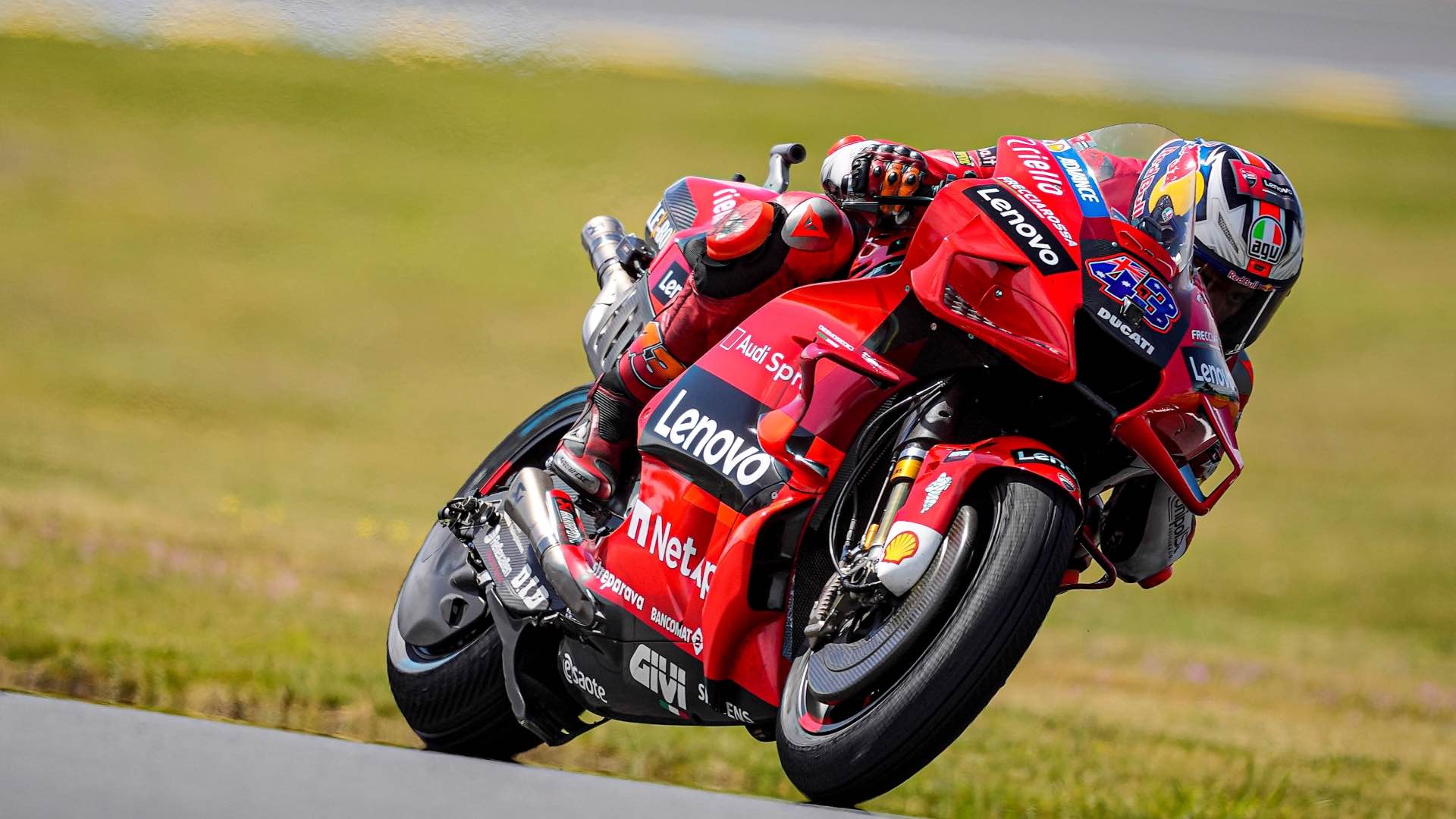 Just two weeks after the extraordinary success taken at Jerez de la Frontera, Jack Miller scored another sensational victory at the Bugatti Circuit of Le Mans, where the French Grand Prix took place this afternoon. The Australian dominated a tough race that saw riders dealing with a bike swap following the "flag-to-flag" rule. As they started with dry conditions, the sky became soon clouded, and after only a few laps, it started pouring rain. 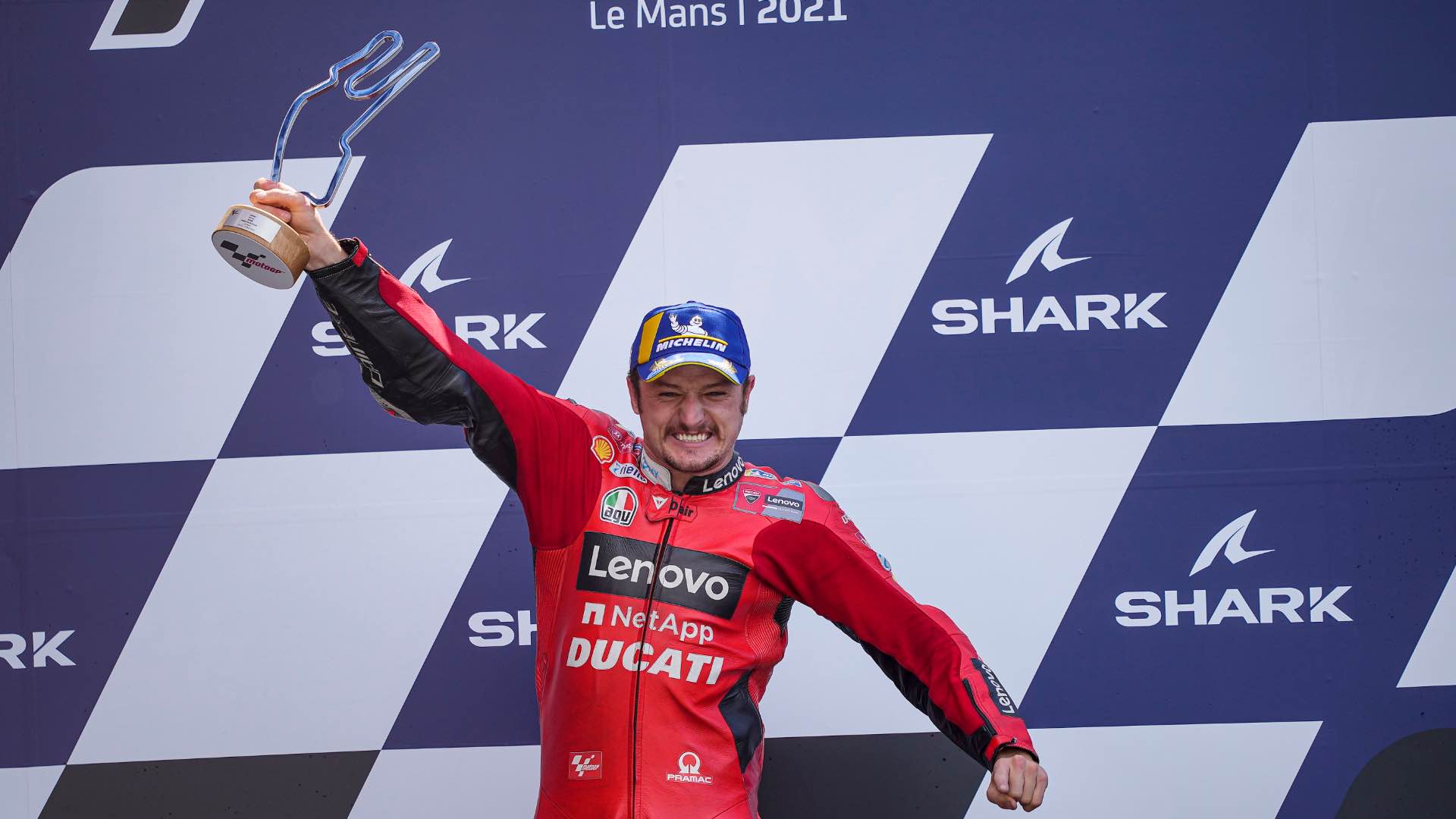 On lap five, Miller, who was in fourth place after going straight into the gravel, returned to the pits to make the bike change but managing to rejoin in third place. However, the Ducati Lenovo Team rider had to serve a double long lap penalty for exceeding 60km/h in the pit lane. Jack remained third and, at lap 12, after Márquez crashed out, he overtook Quartararo, taking the lead where he stayed until the chequered flag, securing his second consecutive win this season. Behind him, home hero Johann Zarco finished second with the Ducati Desmosedici GP of the Pramac Racing Team. 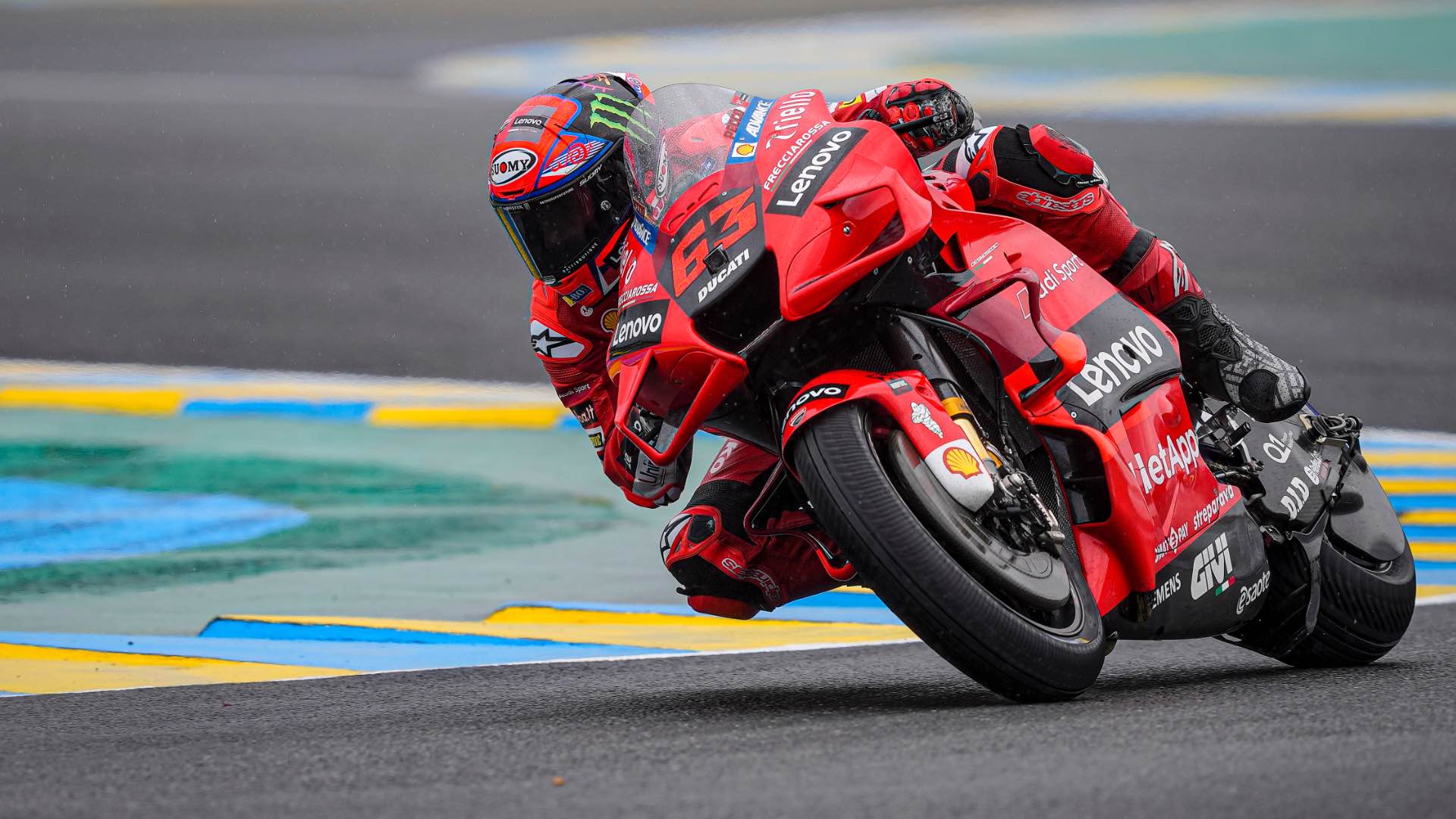 Excellent performance also for Francesco Bagnaia, fourth today at the finish line in a comeback. The Italian rider, who started with the sixteenth fastest time, had dropped back into nineteenth place on the first lap but, after the bike swap, he was able to rejoin in the eleventh position. Forced to take a double long lap penalty as well, Pecco didn't lose concentration. Thanks to a steady pace, he could catch up with his rivals, passing them to reach fourth place. At the end of the fifth round of the 2021 MotoGP season, Ducati and the Ducati Lenovo Team are first in the constructors' and teams' standings. In the riders' championship, Bagnaia is now second, just one point behind Quartararo, while Miller occupies the fourth position.