The Huayra NC is a one-of-a-kind coupe Pagani Hypercar. An extraordinary project born from the collaboration between the client and “Pagani Special Projects”, the division dedicated to special and limited edition projects to give life to the wishes of a very few purchasers. In addition to an ad hoc configuration including chromatic combinations and livery dedicated to the shapes of the car, the Huayra NC is a roadworthy hypercar devoted to the racetrack, whose peculiar innovations involved its structure, bodywork, and mechanics with the aim to increase its performance. Designed with innovative structural shapes and made with the most recent systems in advanced composite materials, the central monocoque reaches a new level of rigidity and torsional resistance, which passed all safety tests with a result five times higher than the standard.
This stiffness is matched by just as much performance: thanks to the new intake system, the powerful Pagani V12 is, in fact, capable of delivering up to 830 horsepower and 1,080 Nm of torque.
The increase in performance was accompanied by the fine-tuning of the 7-speed sequential gearbox, the electronically controlled suspension system, the Pirelli Trofeo R tires, and finally, the aerodynamics developed for balancing the car in all driving conditions. These innovations, enclosed in a weight of just 1,240 kg, guarantee vehicle control and safety even in extreme situations, offering an intuitive and unforgettable driving experience. 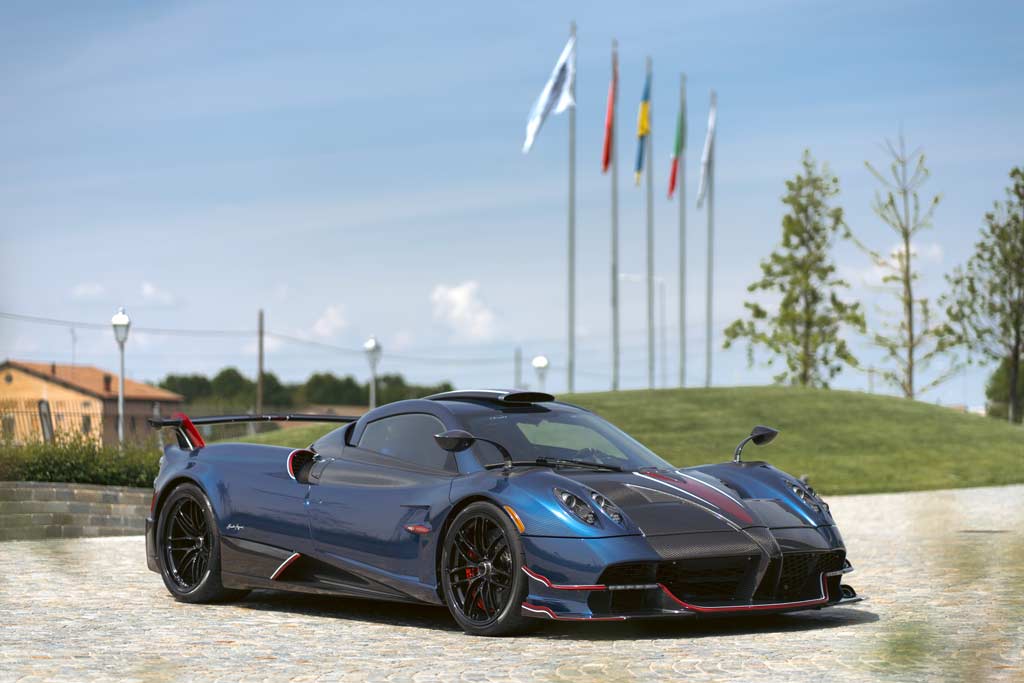 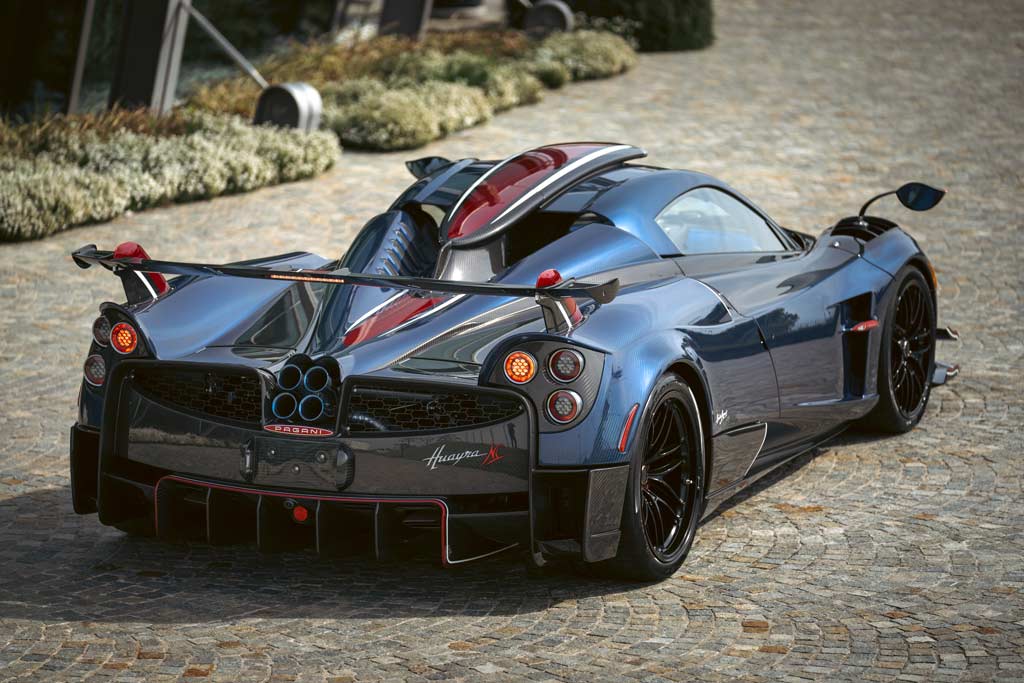 “Imola is a sacred place for car enthusiasts.

It’s a fast, difficult, technical circuit that has always separated the wheat from the chaff, in terms of both men and machines.”

Named after the racetrack on which it was modeled and fine-tuned, the Pagani Imola is a roadworthy Hypercar with a wholly racing temperament, representing, at the time of its launch, the maximum expression of Pagani Automobili’s track technology. With a limited edition of only five examples built, the Imola has gone through the severest on-track validation test ever applied to a Pagani car. In addition to the regular and already scrupulous validation process, the car has covered over 16,000 km on track at racing speed - the equivalent to about three times the 24 Hours of Le Mans.

The Imola is a vehicle-laboratory, where important innovations have been devised, tested and developed, and which will be featured in Pagani’s 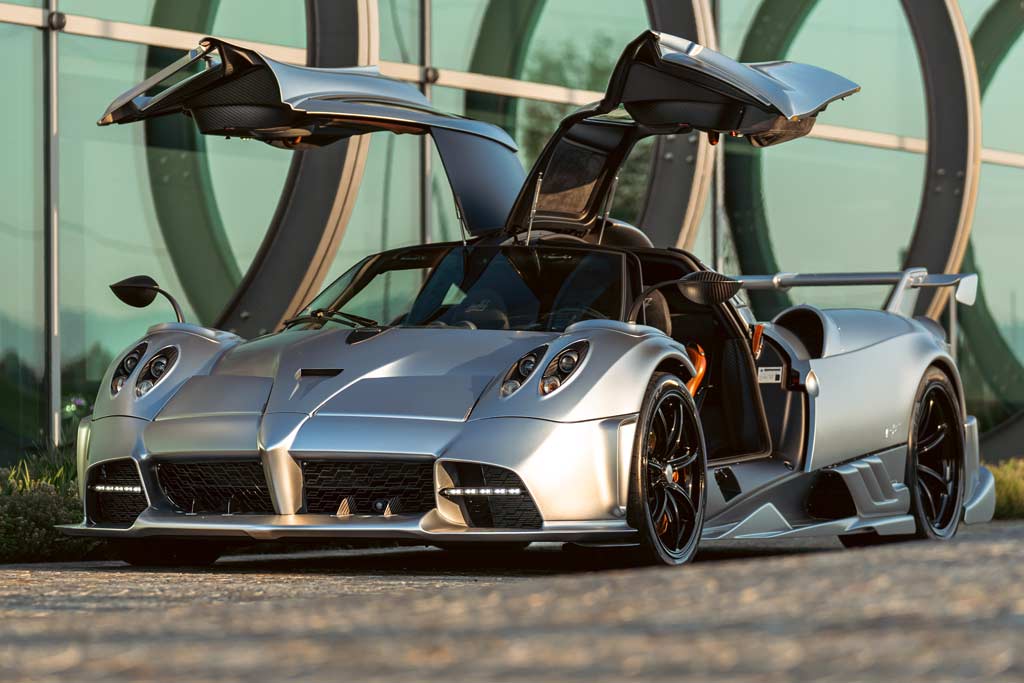 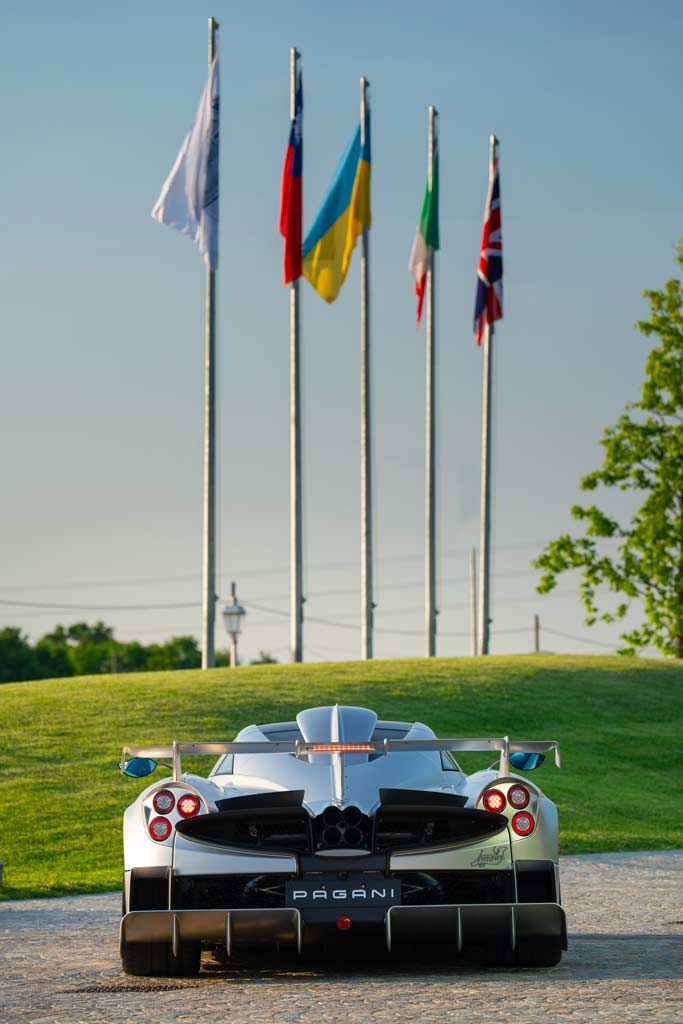