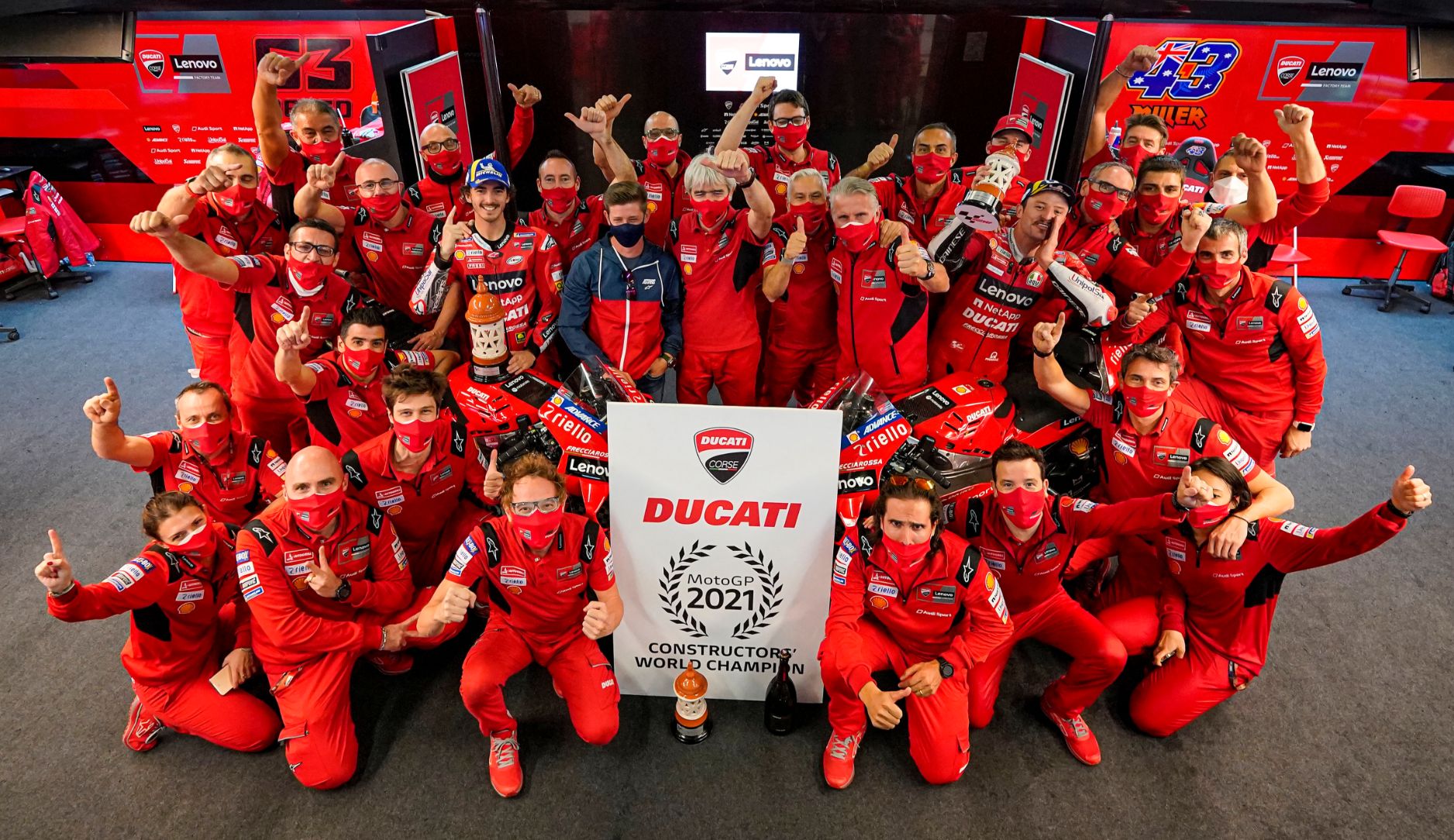 At the Autodromo Internacional do Algarve in Portimão the cry of the Ducati fans is still echoing, following the celebrations of a dream weekend last Sunday.

Starting from Pecco Bagnaia, who was the absolute protagonist with an impeccable performance, dominating the race from start to finish. Then, the third place of Jack Miller, who definitively decreed Ducati as the 2021 World Constructors' Champion with one race in advance. It is the second consecutive world title, and the third in the history of the company from Borgo Panigale.

Emotion, honour and satisfaction for the whole Ducati Corse team

"The best motorcycle in the world is Made in Italy." said Claudio Domenicali (CEO of Ducati Motor Holding) "Once again, the teamwork of engineers and riders has given excellent results. (…) Pecco Bagnaia, Jack Miller, Jorge Martin, Johann Zarco, Enea Bastianini and Luca Marini have all been extraordinary. I want to thank them for giving us a season full of emotions."

Bagnaia's joy: "Finally, we were able to reap the benefits of our hard work today. I'm happy Ducati won the manufacturer's title: we have a fantastic bike, perhaps the strongest on the grid!"

And finally, the words full of satisfaction from Luigi Dall'Igna (General Manager of Ducati Corse): "It's really a great satisfaction to be able to win the Constructors' World Championship again this year, and I'd like to thank our riders and all the men and women of Ducati Corse who have contributed to this incredible success."